SunSDR2 DX is a direct sampling 100 watt SDR transceiver developed for the serious DX:er and contest operator. It covers all HF bands plus 50 MHz and 144 MHz VHF bands with a general coverage receiver. It combines high performance and 100 watt transmit power in a small package with a LAN interface for maximum flexibility. Remote control over DSL or mobile 3G or 4G connections provide a full SDR experience using the Expert Remote System.

SunSDR2 DX is the most popular transceiver from Expert Electronics. It is a high performance 100W-HF; 80W-6M; 8W-2M transceiver, very compact, and active cooling making it perfectly suited for DXpeditions and contest operators.

PileupDX.com is a proud sponsor to of the 3Y0J Bouvet Island Expedition. SunSDR2 DX was chosen as the main transceiver for FT8 and digital modes operation at Bouvet.

* Improvements in comparison to Generation 1 (November 2019)

* ** Feature supported by the transceiver’s hardware and will be supported in a future release of ExpertSDR3 software. 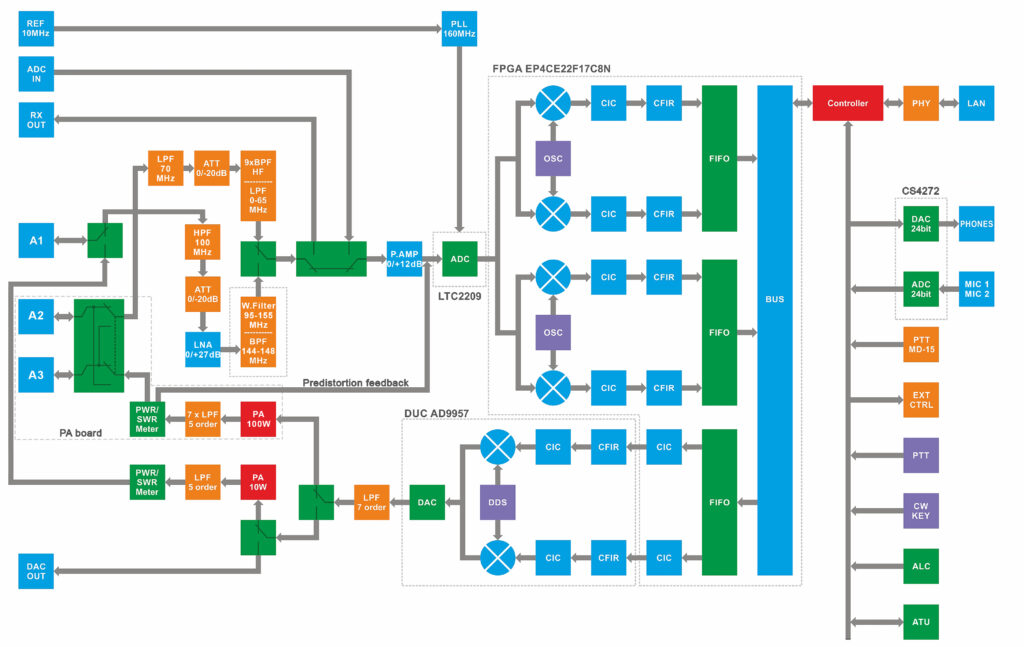 The new version of ExpertSDR3 make the SunSDR2 DX a whole new beast. This popular application has been rewritten from the ground up and version 3 sports a much cleaner and more versatile GUI, Graphic User Interface. It’s cloud service lets you log in without setting up port forwarding and firewall rules, it just works! ExpertSDR3 connects directly to any EE device locally or via remote (via internet) for a seamless user experience. Paired with the new E-Coder 2 the you will enjoy latency-free SSB and CW monitor listening.

Whats in the Box

SunSDR2 DX is made to the highest quality standards in Taiwan (TW)!

This site uses Akismet to reduce spam. Learn how your comment data is processed.

Check out all Black Friday offers.