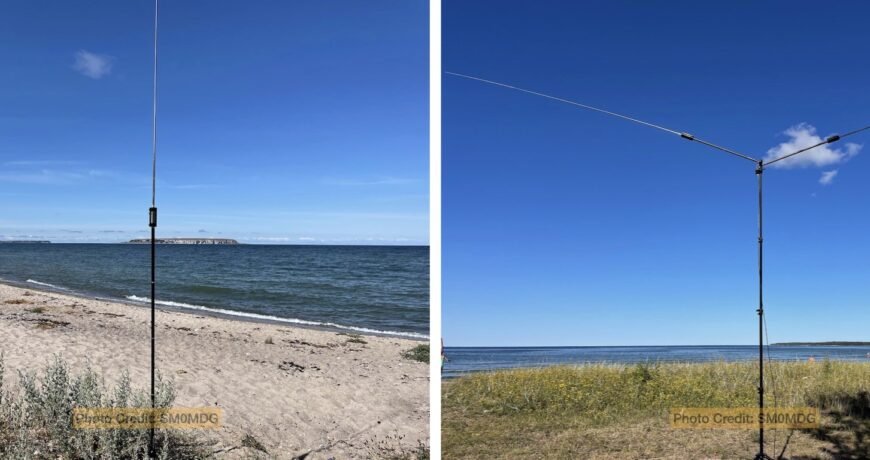 JPC Antennas are efficient because they are resonant antennas. The band is tuned by moving a clever slider on the multi-band center loading coil. For quicker deployment the coil has “pre-sets” for the main bands, 40 and 20 meter. By being resonant antennas JPC-7 and JPC-12 are  more efficient than broadband antennas like random wires etc. Also by using a resonant antenna you eliminate the need for an antenna tuner. 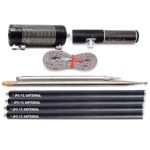 JPC-12 is a vertical antenna is built from high quality materials. The vertical radiator consists of a base with an UHF type feed point, four aluminium rods, the multi-band loading coil and a 2.5 meter telescopic whip. The JPC-12 kit is complete with a ground spike and ground radials and comes in a neat carrying bag with straps and pockets for antennas parts and a coax feed line (optional accessory). The JPC-12 deploys in less than two minutes!

JPC-7 is a dipole antenna consisting of two sets of vertical radiators and the hardware to build a Flat, V or L shaped dipole. Like the JPC-12 it is quickly deployed. The JPC-7 comes in a neat carrying bag with straps and pockets for antennas parts and a coax feed line (optional accessory). Add a tripod and a feed line (optional accessory) and you have the perfect dipole antenna.

Complete information on the product page: